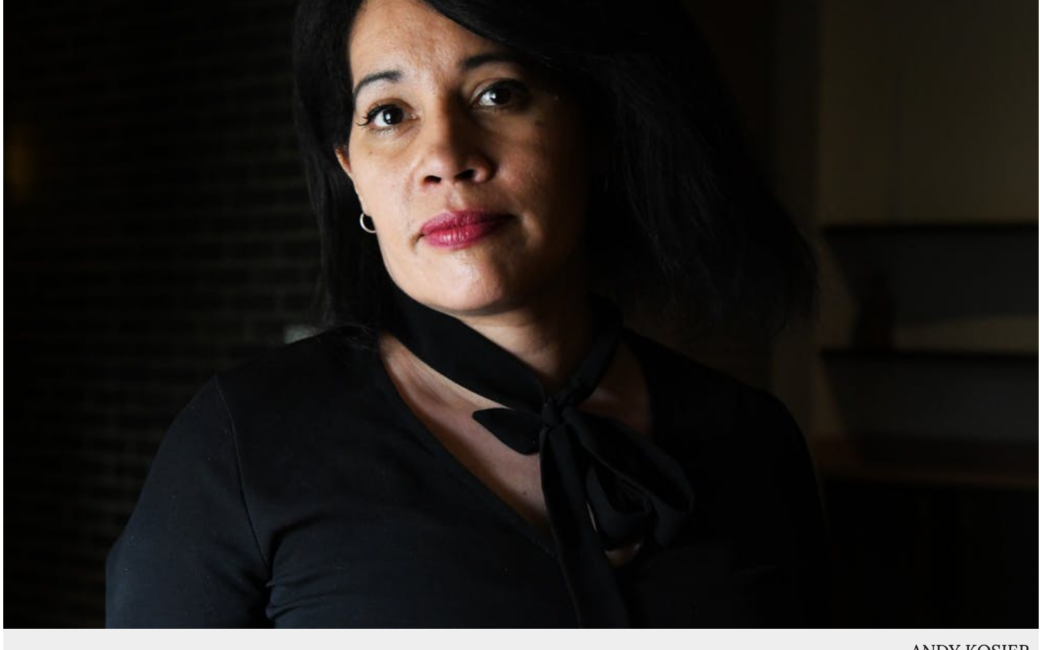 Tamara Stark is busier than ever.

As a senior director at Tubman —  Minnesota’s largest provider of domestic violence services — an already heavy workload has put Stark and her coworkers under even more strain since the pandemic.

Stark often works with youth and college-aged students, many of whom were struggling even before COVID-19 hit. Since March, Stark said calls to the organization’s 24-hour helpline last much longer than usual. Some conversations that would normally take five minutes are now averaging closer to 30.

Faced with the closure of on-campus housing, job loss and financial struggle, COVID-19 has exacerbated barriers to finding help and support. With many domestic violence shelters around the state at full capacity and some virtual support services inaccessible to those seeking help, navigating how to help survivors amid civil unrest and a global pandemic has become challenging for providers.

While in-person services are temporarily closed, the on-campus resource the Aurora Center for Advocacy & Education has continued to provide virtual support for survivors of abuse, stalking and harassment.

Although Aurora Center director Katie Eichele has seen a number of inquiries from students dealing with an abusive parent after moving home, survivors of sexual assault or violence are not necessarily having as much contact with perpetrators due to less social activity, she said.

Nevertheless, the current pandemic has the potential to make a difficult home situation worse. The Aurora Center has not seen an uptick in the number of domestic violence-related calls they have received since March, but Eichele said some of the center’s partners around the state have seen more inquiries.

“Being required to shelter in place puts survivors of domestic abuse in that situation where they have to confront it,” she said. “Many of our domestic violence shelters across the state and across the country are already full.”

Students are also at a higher risk of financial instability. Some students may have lost jobs during the pandemic or are not sure if they can return to school, Eichele said.

“Sometimes victim survivors aren’t ready to uproot their entire lives, especially in the midst of a pandemic,” she said. “[They] can’t leave because [they] need at least some sense of security.”

Abusers could also wield social distancing measures to their advantage, using the fear of COVID-19 as a form of power over their partner to scare them into staying, Eichele said.

Although the Aurora Center has not received any calls related to this, Eichele said some of Aurora’s partners have heard stories of abusive partners using the pandemic to gaslight others into feeling guilty about spreading the disease to others or even reaching out for help.

Systematic racism has also played a role in seeking justice, said Stark. Some survivors do not trust the police or the judicial system, and historically marginalized communities are less likely to be believed, she said.

Although some may be skeptical about visiting a hospital or getting a forensic examination during COVID-19, Eichele emphasized that survivors have every right to utilize those resources.

“The pandemic should not be something to scare them into not seeking justice,” she said.

For Jane Ginsberg, clinic director of the Walk-In Counseling Center in Minneapolis, the closure of in-person services has made it difficult to reach clients, especially since much of the center’s outreach and education relies on word-of-mouth. The Walk-In Center provides free counseling services, including support related to trauma, sexual and domestic violence and chemical abuse.

According to Ginsberg, the center has seen an uptick in clients with relationship-related issues since the pandemic began. As people shelter in place with family, partners or roommates, the combination of strained relationships and an increase in anxiety and depression symptoms poses an even greater challenge.

While younger adults tend to be more comfortable with virtual communication and therapy, a lack of privacy can provide an additional barrier.

Ginsberg said she has had clients call the center from the parking lot of a library in order to access its Wi-Fi or even from inside a bathroom, which can be the only place they get any privacy. Other lower-income individuals may have trouble accessing a computer or smartphone in order to do a virtual session at all.

“It may be difficult for the victim to make a call, not just to us but even to a shelter to get help that they need,” she said. “Vulnerable populations are just even more vulnerable at this point.”

Many students have also moved home to other states, disrupting the normal care they received while in Minnesota. Governor Tim Walz signed an executive order in April allowing some Minnesotan mental health practitioners to treat beyond the state they are licensed in, but other states have different regulations, making it difficult for some students to see their original University practitioner.

The Aurora Center is still meeting with students over Zoom and offers phone or video appointments online, even for students who have since moved out of state. They also maintain their 24-hour emergency line and host several support groups that operate over password-protected Zoom calls. Starting in mid-June, the center will offer a new support group designed for survivors who identify as women of color.

But for other on-campus resources like Student Counseling Services, it is more complicated.

Since March, SCS has hosted virtual workshops to help all students, including those out of state, navigate and cope with stress, wellbeing and relationship building.

Students are a vulnerable demographic right now, especially when experiencing unique stressors like a shrinking job market, the closure of many campus resources and uncertainty about in-person classes next semester, Loeffler said.

Amid COVID-19 and fewer people meeting each other in person, Eichele emphasized the necessity of finding connection and support right now.

“Isolation is a major tool used by abusers and people who commit sexual assault,” she said. “To have survivors and people who care about survivors reach out for support or for connection, whether it’s to talk about these issues or just to see another face, is incredibly important.”