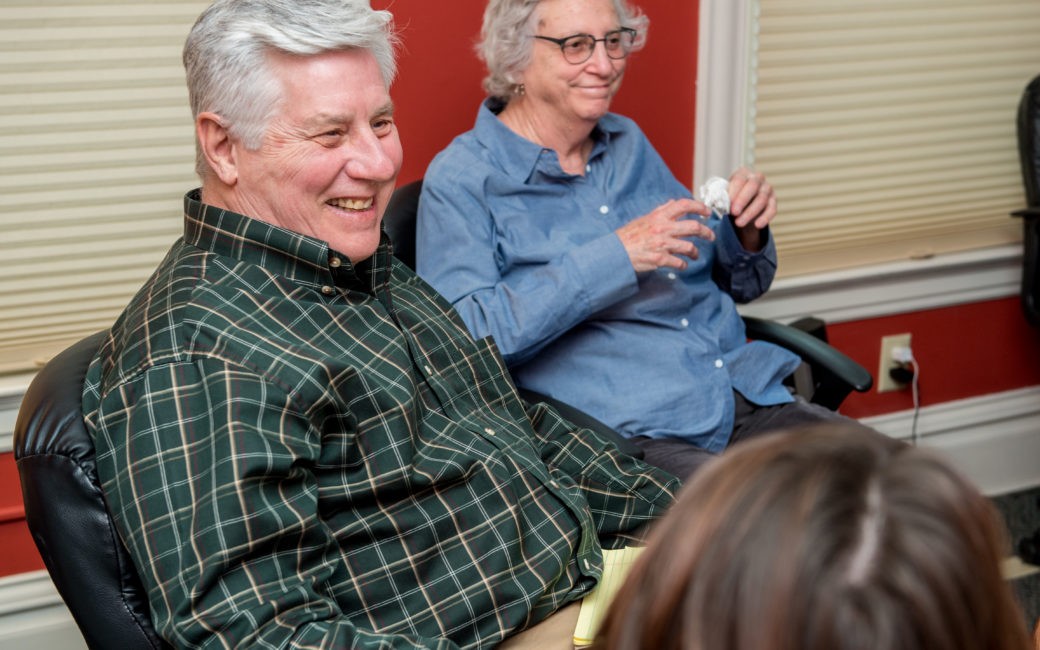 Over the past 30 years, Mark L. has found a myriad of ways to support Walk-In Counseling Center.  He began volunteering as a counselor in 1987, became a team consultant, went on to become a board member in the 90’s, and most recently has been creating ceramics, hosting a sale, and donating the proceeds to Walk-In.  When asked what has compelled him to continue to support Walk-In for over 30 years, Mark says, “It is part of my life and it is part of who I am. It has become a strong part of my professional identity.

I love to engage in a real and genuine and significant way with people—I’m one of those people who believes we get much more from clients through counseling than they do from us as the counselors.”

“What you see at Walk-In is people coming in distressed and despairing and you also witness an unfailing faith and belief that people can have a better life.  As a counselor, you can see them develop resilience and strength and that is the real gratification—seeing them move from wilting to blossoming and growing.”

Mark described one particularly memorable week at Walk-In where he saw a client that had made a suicide attempt earlier that same day and helped him to get to the heart of some of the issues he was facing, then he saw another suicidal client the very next hour and was able to support that person, then the following day he was at the St. Paul location and he met with a third suicidal client who was facing some substantial issues following a rape. “In the course of a week, we had the privilege of being involved with saving three people’s lives.  It reminds me of how valuable a service Walk-In is and how the work they do cannot be duplicated,” Mark says.

Helping people is sort of in Mark’s DNA–his father was a psychologist, and his mother was always very tuned into people and counseled them informally, even without a formal education.  In an early job, Mark worked in a parks program in a low-income neighborhood where he witnessed the intense stress many kids were experiencing. There, he recognized that he wanted to do something with his life that could help people. This initially led him to political and community action work, but then he discovered that, similar to his mother, he was good at talking with people and helping them in this way, which led him to become a therapist.

While Mark is on hiatus from volunteering at Walk-In today, Mark continues to stay connected by hosting his annual ceramics fundraiser.  “There was no longer any space available in the house for the stuff I was making, so I decided to start selling it to raise money for Walk-In. I’ve been doing it for about 10 years and have a mailing list of about 100 people who buy pottery from me.”

When asked what his future hopes are for Walk-In, Mark says, “I would like to see Walk-In expand the number of experienced counselors and supervisors working as volunteers.  There has been a greater use of students, but I would like to see more retired and seasoned counselor–people who have more range in experience.  While younger students are so much more advanced and sophisticated than they used to be, they are still green in terms of life experience and I think Walk-In clients could really benefit from the perspective and skills of more experienced counselors.”

Mark, I think we have a volunteer opportunity for you at Walk-In…